Does the main character in your novel have agency? Continue reading to find out!

Many years ago, I remember getting my feedback from a writing judge after entering one of my first writing competitions – “I was intrigued…there are some strong elements here…yada, yada…but your main character lacks agency, so you were not selected.” After my devastation of not becoming an instant best-seller after my first work, I remember vividly thinking, What the heck is agency and am I stupid for never having heard this word?

After much research, I came to realize that character agency plays a vital role in fiction and is many times the thing that separates the best stories from the mediocre. Here is my definition for character agency:

So, how do you know if your story has agency? Read on for a quick test…

Does your main character have agency?

A writer friend shared with me the “Swap Out Your MC Test” to gauge whether or not your story has agency. The basic idea is that you remove your main character from your story and replace it with another popular character and think about how your plot changes.

Here are some of my favorite characters that you could use: 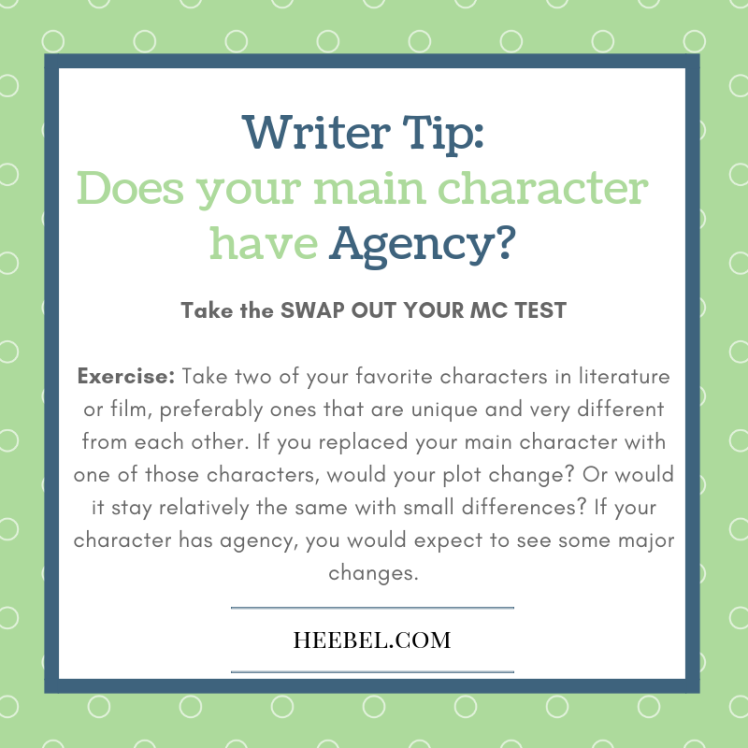 Didn’t do so well on the agency test above? No problem! The following points are a list of things I’ve come up with that will help your main character gain agency in your novel.

How can you give your main character agency?

[Side note: Am I the only one tired of the super model female leads who can kick the crap out Mr. Thor-like character? In real life, the girls who can kick the crap out of people have a little more meat on their bones. And if they aren’t an athletic prowess, they’re Ms. Brainiac. Seriously, can we get a MC without brains and without brawn? There are 100s of other qualities that make people interesting.] 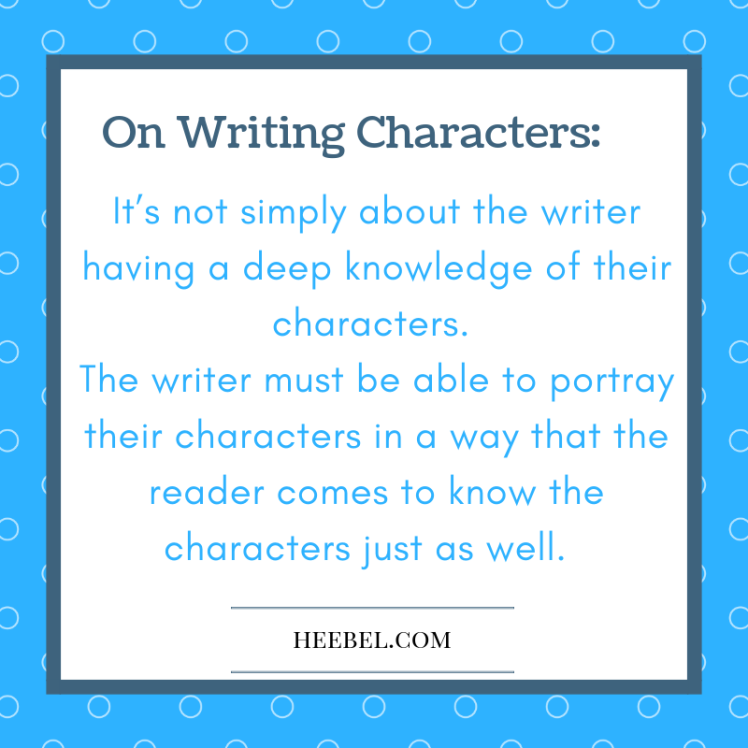 [Tip: I use a google spreadsheet to outline each of my chapters with a series of columns, descriptions, and word counts. It helps keep me so much more organized than when I used to organize using Roman numerals and just a blank sheet of paper. In my spreadsheet is a column called “Character Goals” where I write what my POV character wants in that chapter. Right next to that column is a list of “Obstacles” where I list all the things that will get in the way of my character’s goals. {Click Here for a blog post that shows exactly how I outline!}]

Thanks for reading! Let me know in the comments your thoughts and what strategies you use in writing characters who have agency!

You may also enjoy…

3 thoughts on “On Writing & Agency: Easy Strategies to Make Sure Your Characters Have It”